The recent inaugural Australian Women in Music awards was a welcomed celebration of the role women play in the music industry and inspired me to reflect and share a little of my story. My career in music started in 1988 as a 19 year woman, where I kind of fell in to the role of band manager. I had met my soul mate at the beginning of the year in the Neptune hotel, a bar in the small town of Penguin on the north west coast of Tasmania and three months later I was living in Sydney with his band, where we played hard and worked harder. Later that year the band met a producer and befriended musician Linda Barnes. They recorded a single and cut their first record and embarked on a tour with Linda in Tasmania. They called it the 'Off the Rails Tour' which became a self fulfilling prophecy! The tour ended and the band was broke. To help pay off some debt I helped organise some shows on the west coast of Tas, where the people and nature are truly wild. I then flew back to Sydney, found a house to rent and created a new base for the band. An old roadie who was on the 'Off the Rails Tour' suggested I manage the band. The band agreed, I said ok, and that's it really. For the next 13 years I dedicated my life to the band, a three piece original act who were known as Oz-X-Press then changed their name to Pale Riders. During those years I wore every hat from manager, booking agent, A&R, record label, graphic artist, tour manager etc, and at times mother! I was surrounded by men, and I had some great male mentors over the years who became long life friends however there were very few women in my life over those 13 years. I think it was 1993 when I was recommended Wendy McDougall for a photo shoot and to this day we are still working together in the industry. This business is not for the feint hearted. I've faced a lot of adversity over the years however here I am, almost 50, still making world class music, and now film. Last week I travelled to Brisbane with Wendy for the inaugural AWMA's (Australian Women in Music Awards). It was a privilege to be at the event and celebrate women in music, and to be present to see Wendy win the award for Music Photographer. Wendy has been capturing the face of Australian music since the late 70's. When we first started working with Wendy it was all 'dark rooms' and proof sheets. She has been capturing the images that support our music for decades - Pale Riders,  Riversong, Men From Earth project and now Melissa Black. Wendy's passion for music and dedication to the art of photography has led to an enduring friendship built on trust and mutual respect. We rejoice in her winning the Music Photographer award. I'm happy to say there are many more women in the industry now, but we still have a way to go to achieve gender equality. Remember, 'If you want to go fast, go alone. If you want to go far, go together!' Check out Wendy's work on her website as well as the other winners of the AWMA's. 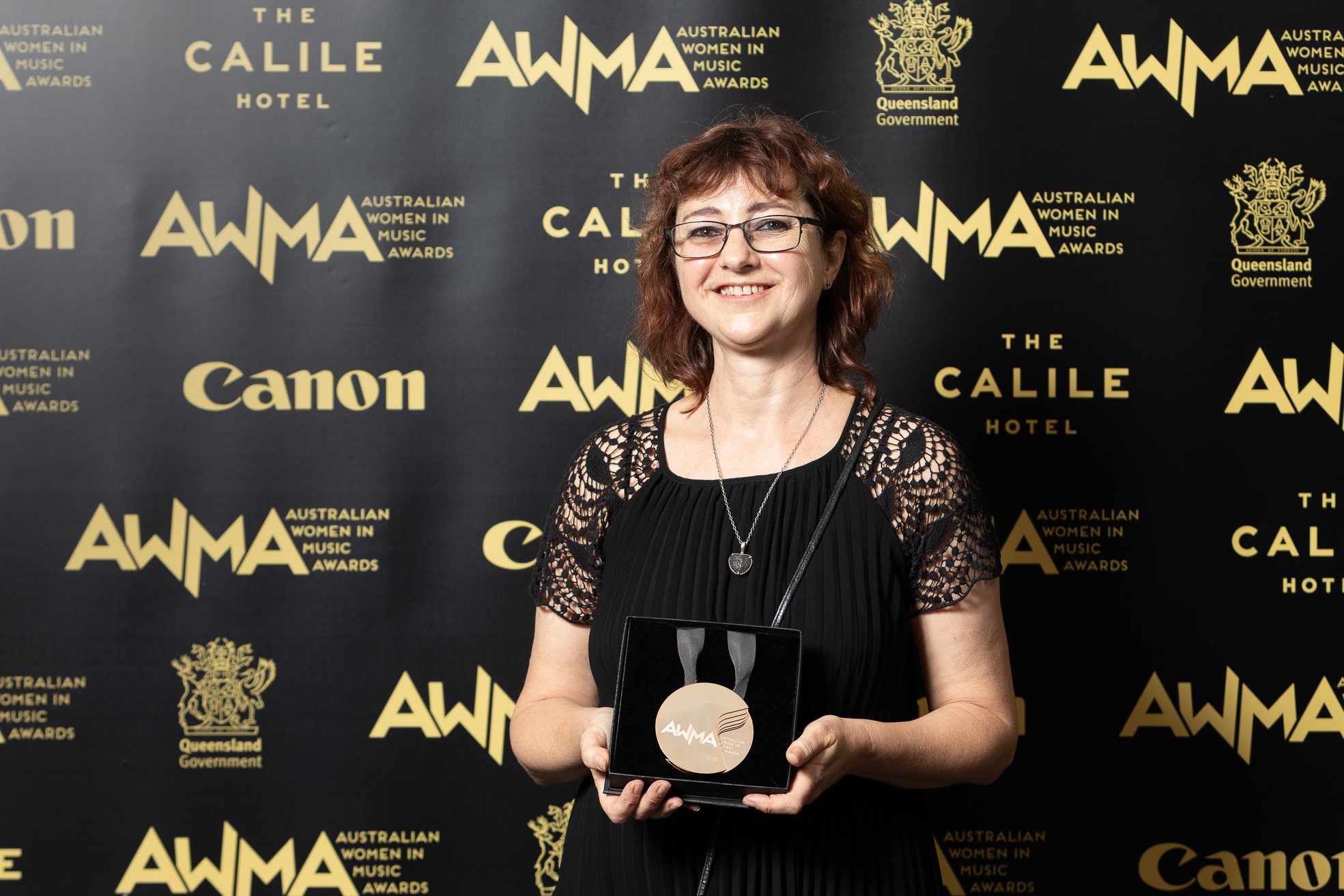